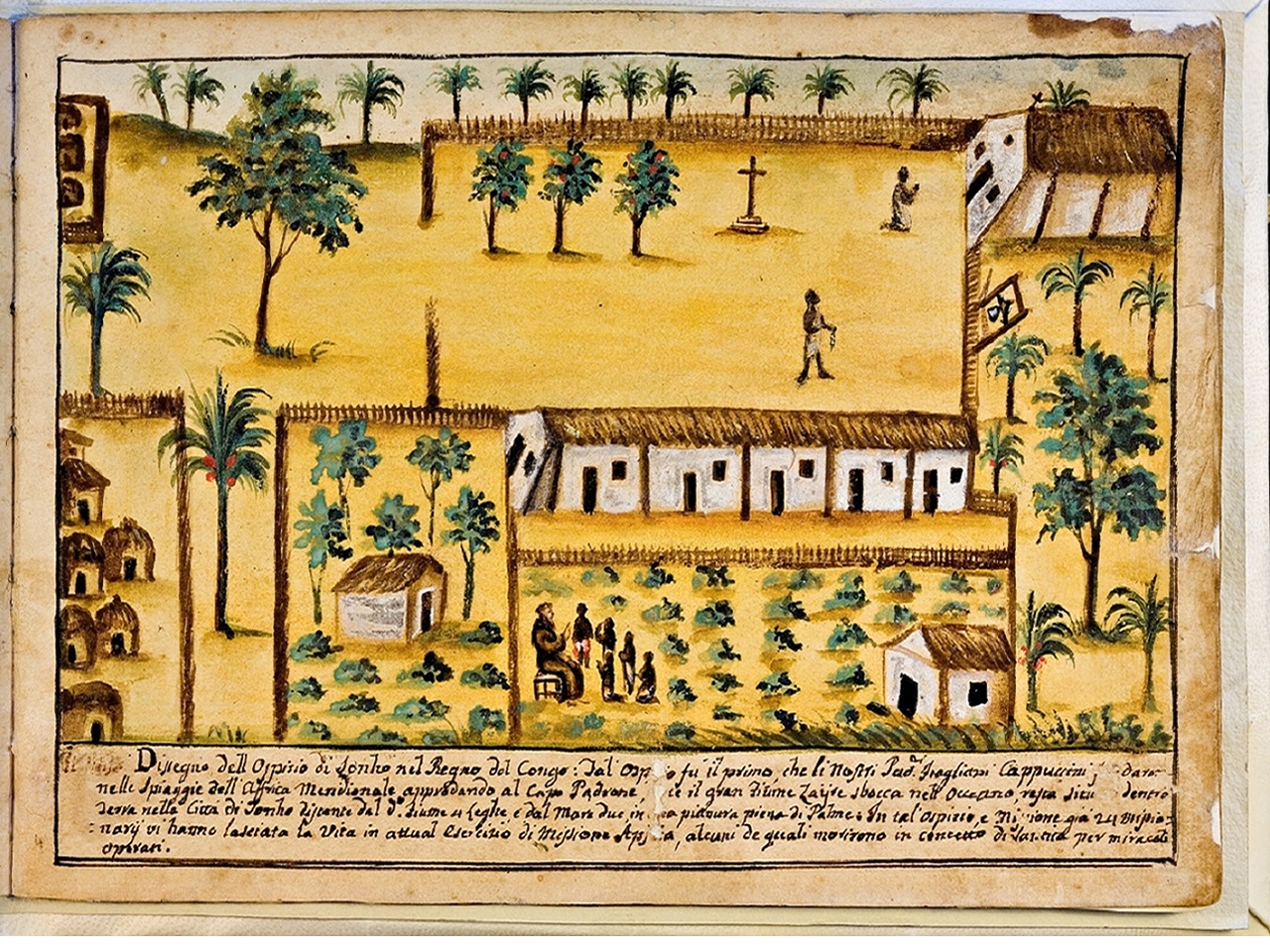 Africa. Capolavori da un continente (Africa. Masterpieces from a continent) was shown at the Galleria d’Arte Moderna (GAM), in Turin from the 2nd of October, 2003, until the 29th of February, 2004. Among the various exhibition pieces, a manuscript, kept in the MS Department of the Central Public Library of Turin (call number: MS 457), will be shown. It is entitled Missione in prattica. Padri cappuccini ne Regni di Congo, Angola et adiacenti (Missione in prattica. The Capuchin friars in the kingdoms of the Congo, Angola and their surrounding countries). It is a hand-written paper codex, which was used to train new missionaries. It is made up of 15 sheets of paper, most of them illustrated with full page watercolour plates, showing everyday life in a Capuchin mission in the Congo during the XVIII century. Recently, Antonino Rosso, a Capuchin friar, was able to identify the author of this manuscript. He was Giuseppe Rabagliati, born on June 18th, 1702 in Vezza d’Asti (now Vezza d’Alba) and died in Bahia, Brazil in 1757. On March 23rd, 1737 he became a Capuchin friar, changing his name into Bernardino Ignazio. He was a missionary in the Congo from 1741 to 1748. The codex comes from the Library of the Capuchin Monastery of St. Maria del Monte in Turin. It became part of the Central Public Library Collections, as shown by a label put into the book at its presumable entrance into the Central Library. The label shows that the book was donated by a private citizen. Its presence at the Monastery is also proved by a letter (at the bottom of the PDF file) written to another friar from St. Ignazio da Santhià (1686-1770), who was canonized on the 19th of May, 2002.